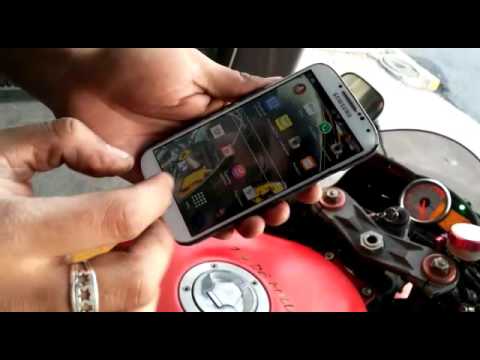 Luxury cars don’t necessarily have to be super expensive; Infiniti makes luxury cars attainable for more people with the G25, a vehicle that still manages to pack a ton of lush deluxe features such as rich leather seats and keyless start at a manageable price. The G25 competes in the competitive entry-level luxury market with vehicles such as the BMW 3 series and the IS250 from Lexus. The price point is lower than the G37, around four thousand dollars lower to be exact.
The G25 version comes with less power than G37 but it shouldn’t be a major issue if you plan to use it just for every day driving. The engine that powers this auto is a 6 cylinder 2.5 Ltr with 218 hp and 187 pound feet of torque. The only transmission choice available is a 7-speed automatic. The intended target market for this automobile are individuals who aren’t performance buffs and don’t need the intense power and speed that the G37 provides.
Since it is a luxury car, there are a ton of features included in order to make your drive as comfortable as possible such as aluminum trim in the interior, power adjustable front seats with driver lumbar support, a telescopic and tilt steering wheel, keyless start, seventeen inch wheels constructed out of alloy, plush seats crafted in rich luxurious leather and an automatic climate control system. 7.2 seconds is all it takes for the car to zoom from 0-60. Opt for the Journey trim at an additional cost and you receive a rearview camera, compatibility with USB devices, a climate control system, temperature controlled seats and heated mirrors.
Safety has been thoroughly addressed by Infiniti engineers with the inclusion of the Infiniti advanced air bag system, front seat active head restraints and a 4 wheel anti-lock braking system. The seatbelts feature pretensioners which tighten up during impact. A reinforced passenger compartment and front and rear crumple zones are in place to protect the driver and passenger during an accident. A tire pressure monitoring system is also in place which lets you know when your tire pressure needs to be corrected for optimum performance. Infiniti’s “Snug Kids” system is also in place which is a guide to help you select and install a child’s seat.
It appears that this particular trim was designed mainly for women drivers who are supposedly wary an “afraid” of the “scary” power of the G37. I can’t say that I agree with this since I personally do not know any women who are afraid of powerful cars. I’m a woman who happens to love power and speed. I think the G25 would be a great car for any person, male or female, who wants a luxury car but doesn’t want to spend a big sum of money. It would be perfect for a recent college grad or someone who wants to have a luxurious driving experience but doesn’t require a ton of power. Personally, I would choose the G37 as I like the thrill and excitement of a lot of power but the G25 is still an excellent deal. What it offers the consumer is a touch of refinement and performance at a manageable price. If you’re in the market for a luxury car with an automatic transmission then the G25 would be a great deal. MSRP for the G25 is around $32k.

READ  Simple Solutions About Auto Repair That Are Easy To Follow

Learn How To Find The Car And Price Of Your Dreams

Going to a car dealership is both fun and intimidating for lots of people. Research and knowledge can help you find the best deal. Read on to gain important insights into the purchasing process. If […] […]

You do not have to have problems looking for a new car. The reason is that it can be tough to determine what is important to have in a car. You need to be good […]

Getting The Car You Deserve For A Good Price

If you want to drive, then you are going to have to go car shopping at some point. A lot of people don’t really know what they’re getting themselves into when going car shopping. Take […]